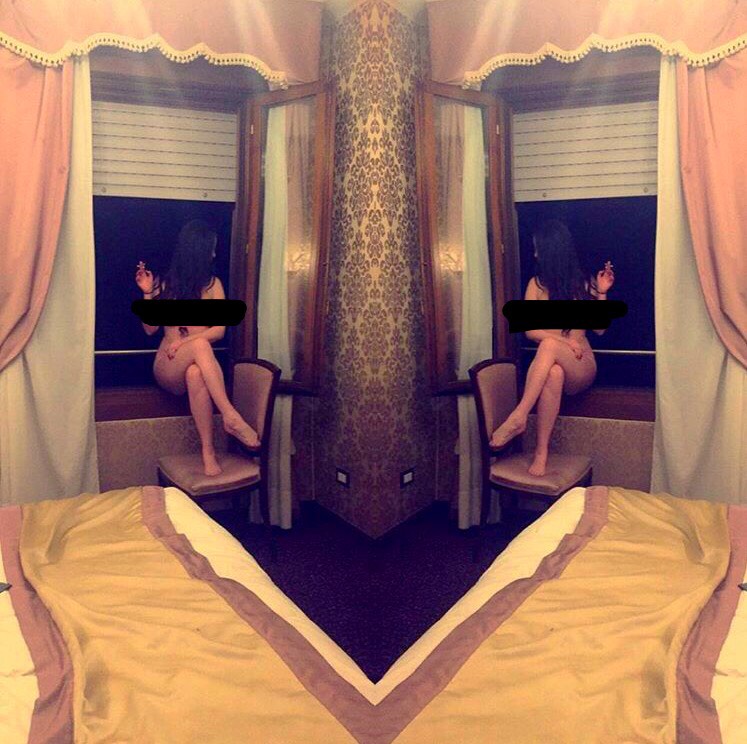 I think I’m on the brink of a glorious, third wave, quarter life crisis.

“Three life crises!?” you undoubtedly gasp. “But how, you melodramatic sapling? You are only but 25!”

So maybe ‘life crises’ is the wrong term for these episodes. But maybe it’s not… Not if you think of a life crisis as a spell of restlessness that acts as an expert catalyst for change, forcing your hand one way or another. Bear with me here:

I experienced my first and most easily identifiable life crisis at the ripe age of 21. It was your run of the mill, all consuming, “I’m stuck in a deep, dark pit of depression and not living up to my full potential and something has got to give or I will quite literally lose my mind” type of shit that I’m sure many of you know all too well.

But even through my fog of self loathing, I must have realized in the trenches of my subconscious, that where resistance is highest lies the deepest well of truth. I had emotional walls up in every regard, but there was an absolute fortress around the issue of challenging the status quo. I had spent years pretending I didn’t have a mental illness. Pretending that I wasn’t victim to a sexual assault. Pretending that I was happy and that I wasn’t completely petrified of being found out as anything other than your totally typical, wholesome young woman. At that point, all I wanted was to pretend that what I wanted out of life were the things I was supposed to want, while keeping my secret-self buried. Even if that meant letting those secrets fester and ache and poison everything I touched. Anything was better than you knowing the truth about me.

Until, quite suddenly, anything was better than holding that much bullshit inside my body for one more second. I succumbed to the pressure of the quarter life crisis and said my first big ‘fuck you’ to the status quo, running away to Europe and making a conscious effort to confront everything I had been hiding from. And all at once I was new. And I was good. And I was creating my dream life and my dream career with my own two hands. And I breathed a sigh of relief and thought, “Christ, this. This is finally living.”

But after almost a couple years of revelling, restlessness hit again and it occurred to me… I had made quantum leaps towards betterment, towards learning what ‘living life on my own terms’ meant, but was I really good? I was still drinking every damn day, doing drugs into the early morning more than a few nights a week, curbing my loneliness with a parade of foreign bodies that I would shoo away in the morning and pretend not to care about under the guise of being a true flower child — free love, man. And surely I was finally living, and against the constrictive status quo at that. But surely this couldn’t be as good as it was going to get. And the feeling hit me again: I wasn’t living up to my potential…

If my first quarter life crisis was about learning myself, I knew in the pit of my stomach that my second had to be about trusting myself. And so the only thing left to do was recognize that if my instincts were telling me I needed ‘more’ it was high time I put stock in that and chase down the ‘more’.

And so I used my tried and true method and I bought a plane ticket. In weeks, I was off again on a solo adventure, trusting instincts that, I’ve come to find, perpetually reflect a beautifully insatiable appetence for new experiences. And I followed them across Southeast Asia and East Africa and to You and back home again. I’ve followed them right into my dream job, into yoga classes and music lessons and down a path of spiritual growth. And I’m learning every step of the way that distrusting myself and trying to stick to that damned status quo was the only thing that has ever held me back from everything I’ve always wanted.

For a couple months now I have sat patiently in my parents basement, content in the knowledge that I am simply trusting my process.

But in these last weeks I’ve began to feel the itch as those feelings of restlessness bubble under my skin yet again. And now I know and trust myself well enough to recognize that this means I need a change and I need it fast. Because just outside the door, real progress is waiting. And I haven’t begun to understand which place in this great wide world will scratch the itch but I already know what it’ll bring to me…

Contradictory to my fundamental makeup as a romantic who requires true love’s undeniable existence, I’m also a serial self-saboteur.  I was, once upon a time, known to myself as a masochistic arsonist, torching every attempt at self and interpersonal love right to the ground in subtle, sneaky ways. (Most recently that has taken shape as me fleeing from one country to another.)  But my trusty quarter life crisis is waiting here to tell me that personal growth is coming. It’s time to find a backdrop that will allow me to meet myself and others with the fearless kind of love that, combined with knowledge and trust, creates the perfect trifecta of authenticity. These last four years have been shaping me so that I am finally ready for real self-love, for loving others the right way, for loving life unabashedly.  Two life-crises and one on the way has made a shell into a vessel. One filled with truth and trust and love. And all I want to do now is find the place where I can express that love in a way that is downright taboo in our casual, too-cool, culture. Because fuck the status quo.

I’ve pretty much come to the end of my story, as it’s written so far, and I suppose this was just a long winded campaign to better the reputation of the infamous life-crisis. A testimony that I hope proves that a good ole’ panic about the state of your life is the tough-love friend you need when you find yourself loitering, stagnating, by the yield sign at the crossroad. They’re the necessary kick in the ass. They’re our biggest advocate.The harbinger that let’s us know, we are, indeed, ready.

So just give in to it, dammit. Take it from me. The only thing that’s going to change when you do is everything that needs to…