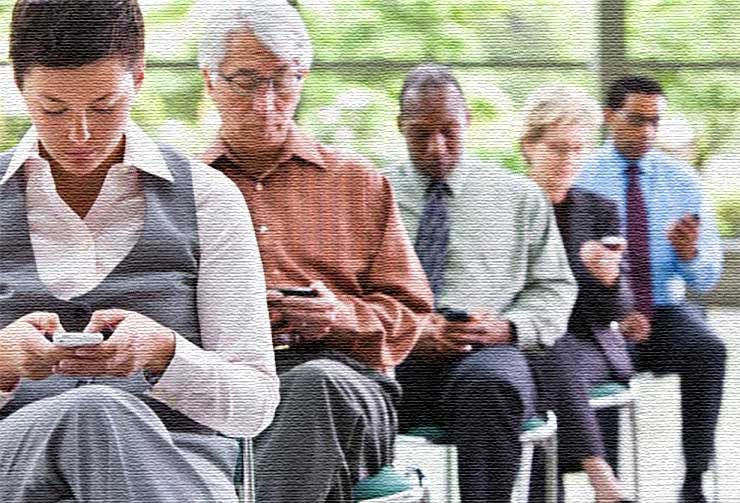 Is your Cell Phone making you Dumber?

Smartphones have made our lives infinitely easier, providing convenience and comfort like never before. For instance, we no longer have to store superficial information like phone numbers in our brain. But this convenience may come at a cost. The unrelenting pings, buzzes and beeps can easily throw our brains into overdrive. Numerous studies have been conducted to determine what negative impacts heavy smartphone usage may have on us, and the results aren’t encouraging. Most recently, a study from the University of Waterloo suggests that the 24/7 access to information smartphones provide us with may be harming our ability to think and analyze problems.

The study analyzed the verbal and mathematical skills of 660 participants, along with their cognitive style (intuitive vs. analytical). They then compared these findings to participants’ smartphone habits. The researchers found that intuitive thinkers – those who think and act based on their instincts and gut feelings – used their smartphone’s search engine more often to answer questions and solve problems.

The correlation between heavy smartphone usage and lower accuracy on reasoning problems that require effortful, deliberate thinking suggests that smartphones are making intuitive thinkers even lazier. They see their phones as extensions of their mind and a way to outsource critical thought.

This avoidance of problem solving can have an especially negative impact on the aging brain.

In another laboratory study, people’s attention spans decreased if a cellphone was merely visible nearby. Elsewhere, people engaged in a driving simulator were more likely to hit a pedestrian when their cellphone rang, even if they had planned in advance not to answer it.

The reason for our lowered attention span stems from the way technology impacts our systems of attention.

All humans have two systems of attention. One is directed outward, used when you scroll through your email or play Flappy Bird. The other is directed inward, as you reflect on the past or daydream. The two systems act as toggle switches; when one system is turned on, the other one is off. But since most digital activities involve our outward attention and most of us spend an inordinate amount of time on our digital devices, our attention is almost constantly directed outward now.

The result is a suppressed ability to daydream, sit quietly and reflect upon events, and think of complex thoughts. What is potentially lost is time spent being able to combine ideas and concepts. Aside from our cognitive abilities, smartphones may be hurting us in more personal ways.

Surveys show that most people would rather look at their phones first thing in the morning than their loved ones. Subjects admitted to reaching for their phones without even realizing they were doing so. More than half of those surveyed would also skip breakfast in favor of more time on their smartphone checking emails and social media.

When we do spend time with our significant others, we’re often distracted and not giving them our full attention. Anyone who has ever gone out to dinner only to find themselves in the situation below can probably relate. While our phones are meant to connect us with others, in reality they can reduce our social consciousness and interpersonal communication.

While we owe a lot to our smartphones, our reliance on them and other devices will only continue to rise, so it’s important we fully understand how they affect us. Before long, these technologies will become so fully ingrained into our lives we may not remember what life was like before them.

So what are we to do? The obvious solution is to unplug from technology every once in a while, or to go on a technology diet. It may be difficult in our tech-dominated world, but there are an abundance of apps that will restrict your screen time. Put your devices in another room for a while so you don’t look at them right before bed or right after waking up. Make an effort not to pull your phone out during dinner. Leave it in your pocket while you’re driving.

Most of all, though, prioritize real life moments over the phone.