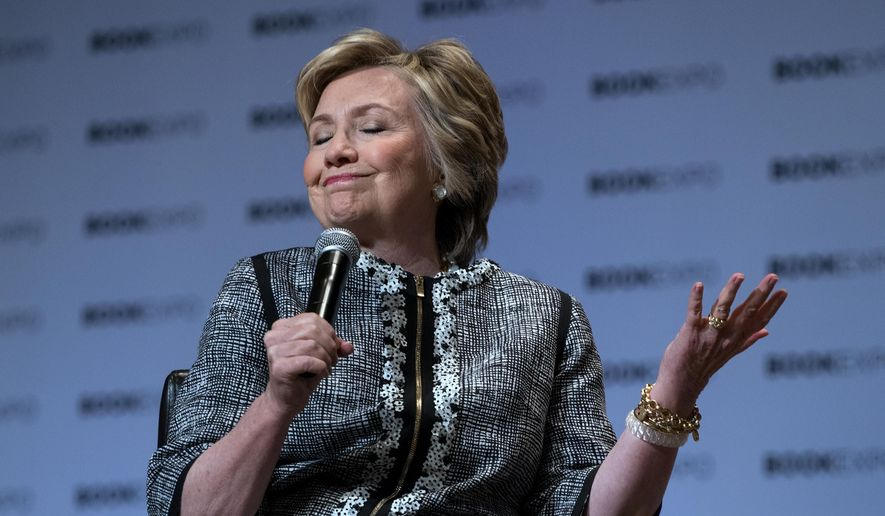 Welcome Back Hillary: Why We Should Listen

Hillary Clinton has reemerged on the national scene to typically polarized reactions.

For my part, I’ve been glad to see her. I have always thought she was brilliant, my criticisms of her notwithstanding. And since she’s begun her book tour, she’s been honest, funny, defiant, somewhat petty (particularly regarding Bernie Sanders), pissed off, hopeful: in short, the Hillary Clinton of post-election life is a human being in full. One whose unique insights about the state of our country should prove instructive in how we move forward.

Her interview with Ezra Klein was the best I’d ever seen her give: funny, acerbic, knowledgeable, sharp.

But, as Rebecca Traister helpfully points out, “Hillary Clinton is a woman, and there is almost nothing that Americans view as more repellent in women than anger.”

Yes, Hillary Clinton has committed self-inflicted wounds in her political life, for which only she is responsible; and yes, it is possible that the Clinton campaign’s confidence belied their lack of understanding of the people in the country at that moment. But all this can be possible, and Clinton can still be right to be pissed. Consider the campaign she just lived through: the faux scandals; the calls for her imprisonment (“Lock her up!”); the ridicule of her marriage; an unprecedented intrusion by an FBI director into the election; an all-out propaganda campaign by a foreign adversary aimed at undermining her candidacy; and a media that was more interested in covering emails and Trump rallies than actual policy that would affect people’s lives.

And she lost to a singularly dangerous and unqualified man, a man who each day demonstrates his contempt for democracy and his ignorance of the most basic responsibilities of governing.

Who in her position wouldn’t be angry?

But that’s the thing: there’s no one else who’s ever been in quite her position.

And let’s be honest: in the Trump era, calls for Hillary Clinton to tone down her anger ring hollow. The president Tweets GIFs of himself hitting Clinton in the back with a golf ball; Clinton offers fact-based criticisms with a tone in her voice. There is a difference.

Many friends of mine worked very hard, over many months, to help Hillary Clinton become the 45th president of the United States. I arrived late. In October, I took a bus to Pennsylvania to knock on doors; and during the final two or three weekends of the campaign, I phone-banked from one of the Clinton campaign’s offices in Brooklyn.

When I think about the people I met while volunteering, I am struck by their decency, their patriotism, their simple hope and shared goal: to send a brilliant, experienced, qualified woman to the White House.

There will be another opportunity to send such a woman to the White House. Listening to Hillary Clinton now will help us get there.