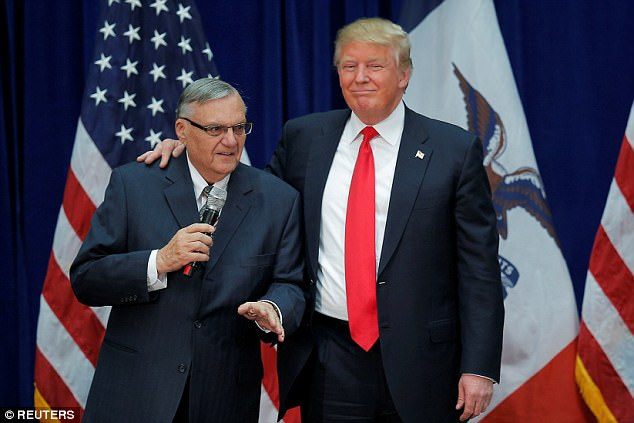 Trump, Arpaio, and a Politics of Cruelty

Shortly after Donald Trump was sworn in as the nation’s 45th president, I called my friend Billy Peard, who was working in western Massachusetts as an immigration attorney. Most of his clients were undocumented, and I wanted to get a sense of how people’s fears about the new administration were affecting Billy’s work. This president, after all, had made immigration a centerpiece of his campaign, infamously launching his bid by suggesting that the majority of undocumented were criminals and rapists. “Some, I assume, are good people,” the candidate added.

“Clients are more fearful,” Billy told me. “For the first time ever, we get phone calls from parents asking about how they can transfer guardianship of their children, in the event that they are deported.” Such were the lengths these parents were willing to go to keep their kids in the only communities they had ever known.

I learned some of their stories. One woman, seeking medical care for her disabled child, crossed the southern border with her son in her arms. One man had come to this country as a young person, and had formed his family—a wife and three kids—in this country. When asked about his fears, he said, “When I…imagine what it would be like for me to have to return to Mexico alone, I feel my heart begin to beat faster. Just the mere thought of that makes my chest tense up…I’m used to hearing the girls’ voices every day.”

In the months since Trump’s inauguration, the president has done nothing to assuage the fears of these people, or the millions of other undocumented residents like them. Within five days of being sworn in, President Trump signed an executive order to begin the process of building a wall along the country’s southern border. In the same order, he called for the formation of the Victims of Immigration Crime Enforcement Office, which would use federal funds to report on Americans’ “victimization by criminal aliens present in the United States.”

But if there was any question as to whether the president would moderate his views, or his propensity for cruelty, he has now removed any doubt. Last week, with his pardoning of Joe Arpaio, the former sheriff of Maricopa County in Arizona, who was found to be in defiance of a court order to cease racially profiling citizens of his county, Trump has doubled down on his cruel and inhumane positions on immigration.

Arpaio presided over a well-documented reign of racial profiling and cruelty over his county’s Latino population—immigrant or otherwise. He referred to his outdoor detention center as a “concentration camp” and routinely humiliated his detainees.

As a result of a class action civil suit against Arpaio, a U.S. District Judge found that Arpaio had relied upon racially profiling for traffic stops and illegal detentions to target Latinos in traffic stops. He was ordered to make changes to his department to prevent continued offenses. In 2016, he was found to be in defiance of this order—a federal crime.

I reached out to Billy again, who now works for the ACLU of Arizona.

“The pardon is literally relieving of legal responsibility someone who spearheaded one of the clearest and broadest campaigns of racial profiling during the last 40 years,” he said. “And it pardons someone who was convicted because he demonstrated his disregard for the rule of law and separation of powers.”

If the past weeks’ events have made anything clear, it is that this president is in political trouble—his approval rating hovers around 37% and the GOP establishment is increasingly distant from him—and that, in light of this peril, he will double down on what brought him to this place to begin with. From his ascent into American politics by way of “birtherism,” his call to ban all Muslims from entering the United States, and his repeated denunciation of Mexican immigrants into the country, Donald Trump’s political strategy has long been to activate the fear and resentment of white voters. He has demonstrated no other allegiance, no other organizing principle.

We can no longer claim to be surprised. All we can do is resist the president and denounce the forces that made him possible.