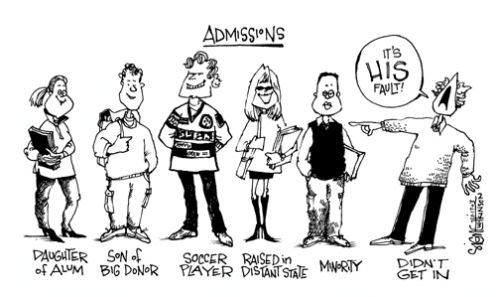 During the 2008 presidential election, I was a high school student with very high hopes for my country, and was deeply inspired by the candidacy of Senator Obama. I was also naïve about Obama’s potential to be a reconciling figure, a healer of divides. Some ideas die hard; the American belief in the inherent unworthiness of black people is one such idea, which reasserts itself with greater vehemence the more it is threatened.

Although I didn’t know it at the time, Barack Obama was the embodiment of this threat. To a large degree, we’re living in the wake of the retaliation.

One afternoon, I was eating with my mom and dad in the food court of the local mall, when a friend of my dad’s walked by, and my dad called him over. “Isn’t this Obama guy something?” my dad said. This was clearly a provocation, but a playful one, and I was in no way prepared for the friend’s response.

“I’ll never forgive Abraham Lincoln,” he said. Uncomfortable, my parents changed the subject, and the man went on his way.

But this view, while extreme, was symptomatic of an issue too long unaddressed. For this man, the candidate Barack Obama had no right to be on the national stage at all. Obama’s very presence was an affront to his sense of reality. To the extent that this problem—the problem of racism as a worldview—remains unaddressed, the country can expect to see the style of politics President Trump has championed: a politics of white identity and white grievance.

Which brings me to this week’s news, from the New York Times:

The Trump administration is preparing to redirect resources of the Justice Department’s civil rights division toward investigating and suing universities over affirmative action admissions policies deemed to discriminate against white applicants, according to a document obtained by The New York Times.

The document, an internal announcement to the civil rights division, seeks current lawyers interested in working for a new project on “investigations and possible litigation related to intentional race-based discrimination in college and university admissions.”

For as long as I’ve discussed race in any meaningful way with my fellow white people, this has been the issue to which my white peers most often return as evidence of their disadvantaged place in society: the issue of affirmative action. For so many white people, this issue perfectly conforms to a view of the world in which race is a zero-sum game—a view of the world in which the measure of your success is measured relative to that of people that don’t look like you.

I am reminded of those who told me that Barack Obama’s academic success, including his election as president of the Harvard Law Review, reflected a triumph of affirmative action, and nothing more. Even a man as clearly gifted as Obama wasn’t worthy of his accolades; something else had to have been afoot. There was simply no other way to account for the fact that a man who looked like Barack Obama had achieved what he did. When a white person succeeds, it’s due to merit; when a nonwhite person succeeds, it’s due to preferential treatment.

To examine all the ways in which such a worldview is profoundly distorted would take more than the space I have allotted. But, for the sake of the country, it ought to be examined—by white people, especially. What moved my dad’s friend to denounce Abraham Lincoln? What in him was so terrified by the potential of a black president?

As Toni Morrison once said,” If you can only be tall because somebody is on their knees, then you have a serious problem. And my feeling is that white people have a very, very serious problem.”

Some writers have pointed out the politically advantageous reasoning behind such a move: with the Trump administration continually besieged by more negative, increasingly scandalous news, it is that much more important for the president to keep his base on his side. And his base has always been most animated by appeals to racial identity. As Professor Carol Anderson wrote in a recent op-ed:

That white resentment simply found a new target for its ire is no coincidence; white identity is often defined by its sense of being ever under attack, with the system stacked against it. That’s why Mr. Trump’s policies are not aimed at ameliorating white resentment, but deepening it. His agenda is not, fundamentally, about creating jobs or protecting programs that benefit everyone, including whites; it’s about creating purported enemies and then attacking them.

I expect to see more attacks along these lines in the months to come. It will be dangerous for the republic, and it will continue to be necessary for people of conscience to call it out for what it is: racial demagoguery, designed only to incite.

For more on this, I highly recommend Jelani Cobb’s latest New Yorker piece, “In Trump’s World, Whites Are the Only Disadvantaged Class.”