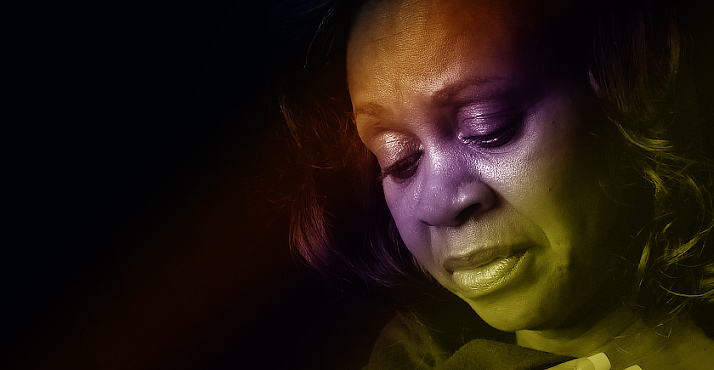 I Don’t Know the Cure to Mental Illness, But I Do Know the Comfort

My mother doesn’t drive on the freeway. From as early as age nine, I remember her avoiding the freeway like the plague; and when asked her reason, she proclaimed it was because of her anxiety. Of course I shook my head, now shamefully, and just thought she was over-exaggerating. If you know my mother, then you know that I am not exaggerating with this sentiment (she is the undiscovered actress of the family). I used to tell her to just “be brave” and to just “do it”, echoing her magic pill for us when we were struggling with some issue. “You are strong” or “put it in the hands of the Lord”. Little did I know that these words were as effective as bribing a vegan with a steak. My mother was not experiencing stage fright. She was suffering from a mental condition.

In the Fall of 2011, I suffered my first panic attack. I was overseas, alone, for the first time and after a month and a half of the initial bliss of immersing myself in a new culture, I started facing some uncomfortable realities. I was already going through my “quarter life crisis” where I was questioning my whole existence, not to mention my future, and I just…panicked. I just knew I was going to die as my body stiffened, my chest tightened, I felt tingly in my extremities, and I couldn’t catch my breath. I put my back against a brick wall and slowly fell to the floor holding my knees. Some may have thought that in this moment I’d been the undiscovered actress, but I wasn’t.

This was it. I was to die in India, out of fear of everything. I couldn’t call on G-d because he couldn’t hear me with my chills and knees shaking, so I called on, I mean I was carried to the hospital. At a seemingly legit hospital in India, I was diagnosed with anxiety. The same thing I laughed at my mother about. The same condition I accused her of exaggerating, I was now experiencing. But less intelligent then she was during her worst times, I didn’t heed the physician and refused to take the medication he prescribed. I didn’t want to admit I had a problem. That I was drowning in a pool of fear without a life jacket. That I would catch some unlikely illness in India, and not make it back home. That terrorist would attack me, and I’d never see the light of day again. That maybe my mom would die while I was overseas, and I wouldn’t be there for the funeral (she had been admitted to the hospital for her heart). This was all anxiety that needed to be treated, but because I feared the medications in India were unsafe, I just let it go.

I slowly began to isolate myself, my only friend being my unpleasant thoughts. I was eventually diagnosed with depression with psychotic features and also bipolar disorder. I had gone days without sleeping and was starting to experience delusions. This all happened because I let my anxiety go untreated for months, because “black people didn’t need therapy” or “the Lord would take care of it” or because “I was strong enough to overcome it”, a myriad of reasons that landed me in a mental institution. I suffered two more episodes before beginning to understand the crippling nature of mental illness. My friend once described it as “being a slave to your mind”. In my experiences, the doctors have been back in forth with my exact diagnosis, but her words diagnosed me perfectly.

In “To Kill a Mockingbird” Atticus Finch states, “ You never really understand a person until you consider things from his point of view […] until you climb into his skin and walk around in it.” With each episode, I’ve become better at managing my mental illness. I’ve become better with recognizing my triggers. I’ve been humbled. I’d always considered  myself a pretty compassionate and empathetic person, but because of these experiences, I truly believe I can now “climb into another’s skin and walk around in it”. I now know not to eschew anxiety as stage fright or condemn bipolar disorder as a case of the crazies. I can simply experience the condition with the person and without a cure, hopefully offer some comfort.