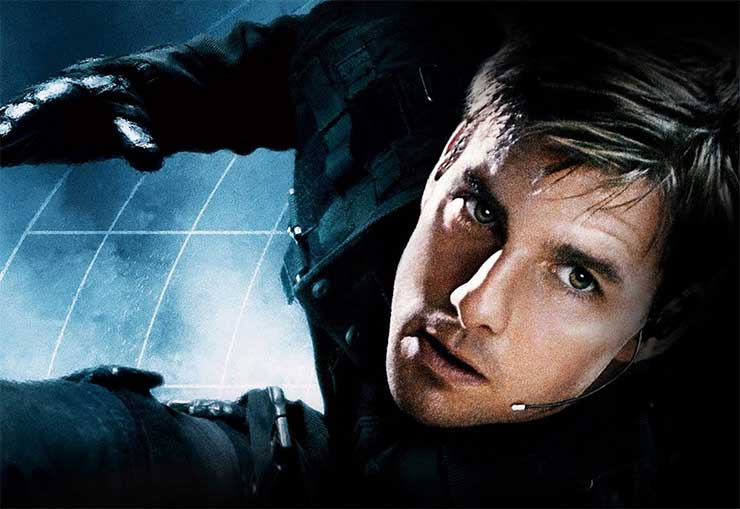 Tom Cruise is back on the big screen starring in Mission Impossible 5, which will be released in the US on July 31, 2015. To commemorate the legendary film star, we’ve compiled a list of some of the best Tom Cruise movies of all-time.

Risky Business is a goofy, coming-of-age, black comedy about a high school senior turning his house into a brothel while his parents are gone. At first glance, it seems like just another mildly amusing comedy that would eventually settle into a life of late-night reruns. But it turned out to be so much more, thanks to Tom Cruise’s efforts. He imbues the film with emotion amidst its ludicrous premise, somehow making Joel feel like one of us. At the end of the day, Cruise portrays Joel as a normal kid who wants to make his parents happy and find himself and where he belongs in the world – something we can all relate to. Years and even decades later, the movie is still beloved, which is why it will always be one of his best movies.

Cruise’s stunningly charismatic portrayal as Frank T.J. Mackey may stand as his greatest of his career. He mastered both of Frank Mackey’s faces. On one side, he is the dominating, alpha-male host of “Seduce and Destroy,” a misogynistic pick-up seminar where he teaches men how to trick women into sleeping with them. Only when that shallow personality is ripped away do we see the real Frank: a damaged boy who watched his mother slowly die after being abandoned by his father. Cruise manages to play both personas and transitions between the two seamlessly. Because no movie better exemplifies his talents than Magnolia, this film makes our list.

Born on the Fourth of July

Tom Cruise’s heartbreaking – and ultimately heartening – performance of Ronnie Kovic, a Marine who became paralyzed at war in Vietnam and returns home to a country he barely recognizes, is a movie classic. Cruise perfectly embodies a man trying to reconcile the ideals from his upbringing with the reality of his situation. The internalized grief, rage, and sorrow are almost tangible to viewers – so much so that often Cruise’s facial expressions render dialogue obsolete. We don’t get to see this view of Tom Cruise often, but once again he shows us why he is the master of diversity. Though Cruise was only 29 at the time of A Few Good Men, he somehow had the personal gravitas to stand toe-to-toe with some of the most influential actors of all-time, including Jack Nicholson, Keifer Sutherland, Kevin Bacon, Kevin Pollak, and J.T. Walsh. He perfectly stepped up to the plate, gave exactly what his role required of him – be it charm, modesty, anxiety, or calmness – allowing this A-list cast to complete the scene.

Much like A Few Good Men, Cruise takes on the challenge of playing second fiddle to Dustin Hoffman, standing toe to toe and proving he can hold his own. Even at such a nascent age in his career, Cruise proved he had the ability to move a character’s persona in the audience’s mind, going from a largely dislikable character in Charlie Babbitt all the way to a relatable character we feel heartbroken for. At the end of the movie, the audience truly feels sorry for what has happened to Charlie and realizes his time with Raymond has transformed him into a more rounded human being. This would only have been possible with true acting skills. Collateral may be Tom Cruise’s most nuanced performance to date, playing as the character Vincent. The reason? Because it’s one of the rare moments we’re not supposed to root for Cruise. But while he’s the film’s villain and a cold-hearted killer, Cruise manages to instill a little dark humor mixed with calm logic, fierce rage, and grinning goof. And at the end, he somehow gets you to feel a little bit sorry for him. Cruise also transforms himself physically into a specter, gray from his hair, to his suit, to his aura. He feels like a ghost putting away his victims one by one, and every last line reading is perfect.

What do you think?

Agree or disagree? Share what you think are some of Tom Cruise’s best performances and movies.